Between 2010 and 2013, GexplOre participated in an intensive gold exploration campaign in Burundi led by a Canadian junior. Over the years, the company had up to four expatriate senior geologists, 9 local geologists and more than a dozen technicians in addition to all the support staff to ensure the exploration and the drilling over 3000 km² of permits.

Training local staff by more experienced supervisors is a step that must be part of a knowledge transmission logic in addition to being mandatory in the clauses governing the award of mining exploration licenses in some developing countries.

It is in that context that GexplOre trained Burundians technicians and geologists to modern mineral exploration techniques. This training focused on the geological understanding of the mineralizing events arising from the interpretation of geoscientific data collected throughout these years of prospecting.

Local geologists were also trained on team management and budget to carry out theirs prospecting missions. Training local geologist allows expatriate personnel framing to free up time to devote to the project’s general management and interpretation of data to propose new exploration targets. 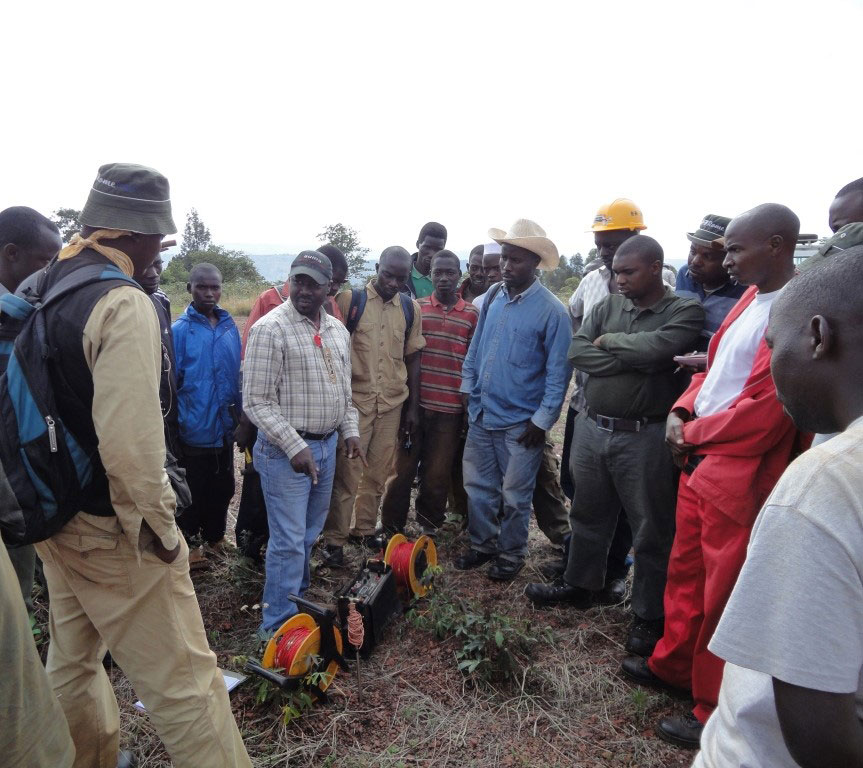 An initiative was conducted for 3 days to allow thirty Degree students from the Department of Geology of University of Burundi to become familiar with certain exploration techniques. They have learned the mapping and structural measurements, drilling follow up and geophysical surveys.

Two other seminars were proposed on mineral exploration technics and on the Burundi’s energy potential energy (oil, gas and geothermal).

We are here to answer you.

Ask for a quote